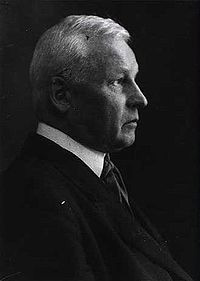 Plesner and the artistic community

Hotel Plesner was designed in 1907 by architect Ulrik Plesner (1861-1933) who was a part of Skagen’s famous and infamous artistic community which in the late 1800’s and early 1900’s introduced an unprecedented decadent and liberated life style in town.

He stood out in Skagen and among his colleagues even before he finished his architect studies due to his design of an extension to Brøndum’s Hotel in Skagen. However, his real breakthrough only happened with the construction of several famous buildings in Copenhagen in the early 1900’s, including Åhusene at Åboulevarden, the Student Union and the old Hafnia.

A great part of Plesner’s work took place in Skagen where he became famous for a great number of buildings including Skagen’s Museum at Brøndumsvej, Skagen Station at Skt. Laurentiivej and Hotel Plesner, which he originally designed as a private residence.

Therefore, it is with due respect for the style and details of his work that we during the winter 2011 carried out a gentle renovation of the hotel, which today appears as a seaside hotel in a modern interpretation.

Today, Hotel Plesner consists of three buildings: the original main building with eight rooms, the previous laundry house and farmhands’ room for the commis, which today has been reconstructed into three large annex rooms, and the original stable building, which has now been reconstructed into five “garden rooms” with private terraces facing our cosy inner courtyard..

You can find out more about which cookies we are using or switch them off in settings.

This website uses cookies so that we can provide you with the best user experience possible. Cookie information is stored in your browser and performs functions such as recognising you when you return to our website and helping our team to understand which sections of the website you find most interesting and useful.

Strictly Necessary Cookie should be enabled at all times so that we can save your preferences for cookie settings.

If you disable this cookie, we will not be able to save your preferences. This means that every time you visit this website you will need to enable or disable cookies again.

This website uses Google Analytics to collect anonymous information such as the number of visitors to the site, and the most popular pages.

Please enable Strictly Necessary Cookies first so that we can save your preferences! 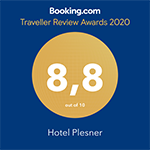